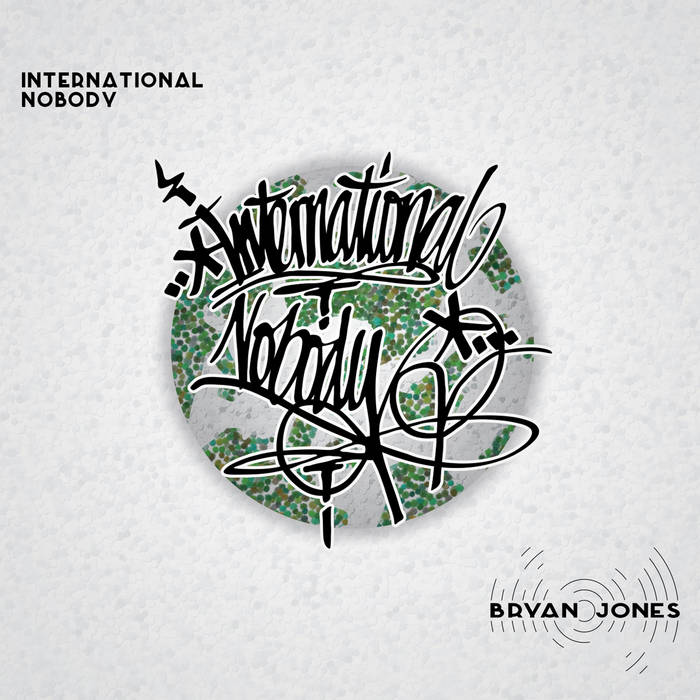 Don’t you just hate those people that are good at everything? Bryan Jones is such a person. From programming beats to writing killer chord changes, manning a sound desk to catching head-high 360 flips out the bowl, Bryan can pretty much do anything he wants. Most recently he has been focusing his razor-sharp skills on producing his first solo album International Nobody: a dense collage of sample-laden electronic goodness that will have DJ Shadow nodding his head in approval.

As a founder member of Edinburgh leftfield hip-hop beatsmiths, Penpushers, Bryan helped lay the groundwork for alternative Scottish hip-hop a whole 10 years before Young Fathers began strutting their stuff for Anticon records. Penpushers mastered their craft by gigging around Scotland with Anticon acts such as Buck 65, Sole and Sage Francis. Being so far ahead of the curve is musically rewarding but perhaps not so financially, and after 2 classic albums and 3 acclaimed EPs, Penpushers decided to go their separate ways.

But that was then and this is now - and KFM is proud to announce the release of Bryan Jones’s debut solo album. Bryan aka ‘The Brain’ was responsible for creating much of the Penpushers abstract prog-sampling soundscape and this album continues to mine that rich vein.

From instrument-led hooks to heavy drum breaks, International Nobody is one for the headphones, so press play and let this insanely-talented producer take you on an introspective sonic journey through the streets of Auld Reekie.

Bandcamp Daily  your guide to the world of Bandcamp

Featured sounds by K.Spark and WIZDUMB, plus Basi joins the show to discuss his latest release.